The 13 Weirdest Things Found in Drywall 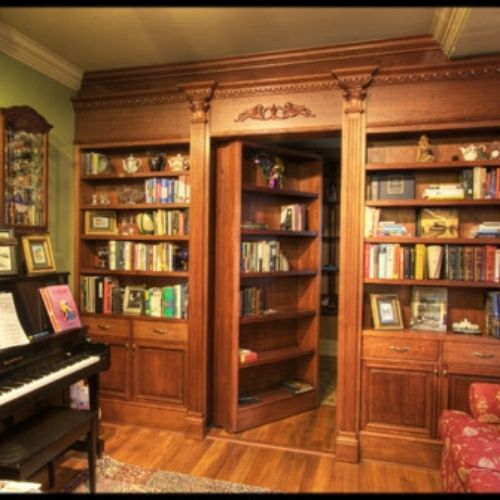 Have you found anything weird in your walls?

Everyone loves finding something for free. Next time you punch a hole or damage your drywall, take a look before you fix a hole in drywall, you just might find something. Here are the 13 weirdest things found in drywall. 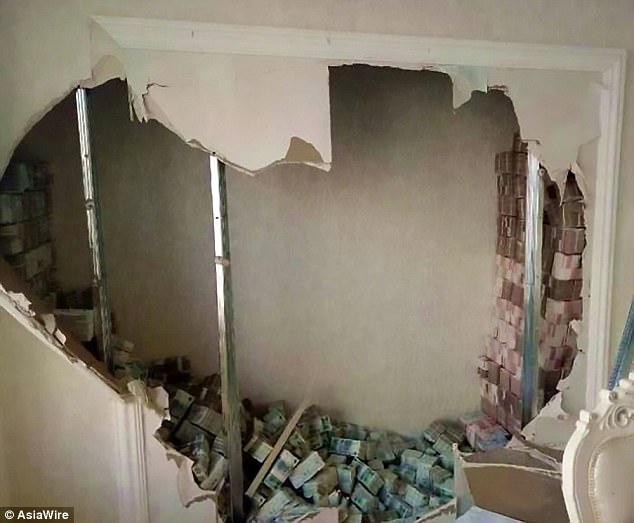 The first thing most people would want to find in the walls would be money. That’s exactly what happened to homeowner Amanda Reece. Amanda hired a contractor to renovate her bathroom. During the renovation, her contractor, Bob Kitts, found $182,000 dated back to the Great Depression. The two disputed the cut they should receive. Another man, Patrick Dunne, laid claim to the money that his family that owned the home originally and hid that money during the Great Depression. The situation ended in court proceedings leaving everyone with only a fraction of the money. 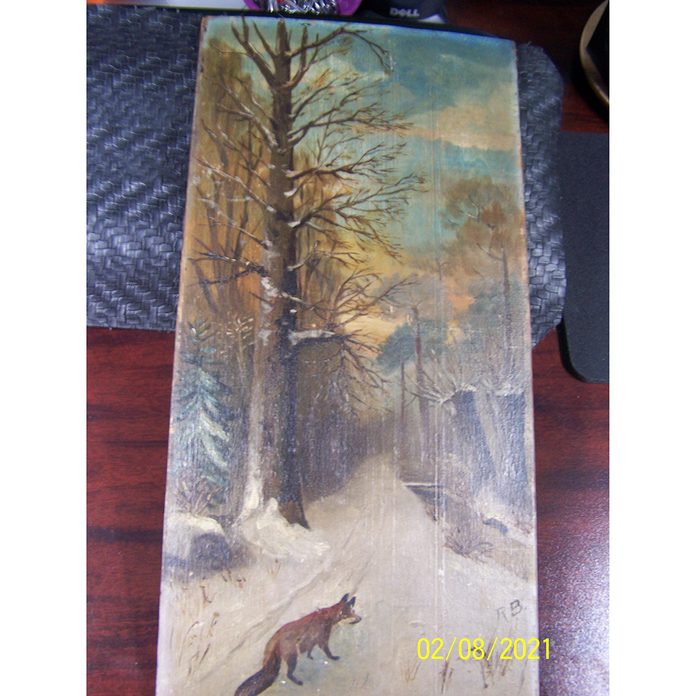 What’s the next best thing to find in your drywall? How about a painting? A homeowner named Chuck found a painting of a fox walking in the snow. The department of European Art in the Philadelphia Museum of Art looked at the painting and determined this came from the Oskar Kamprath Art Gallery in Germany. 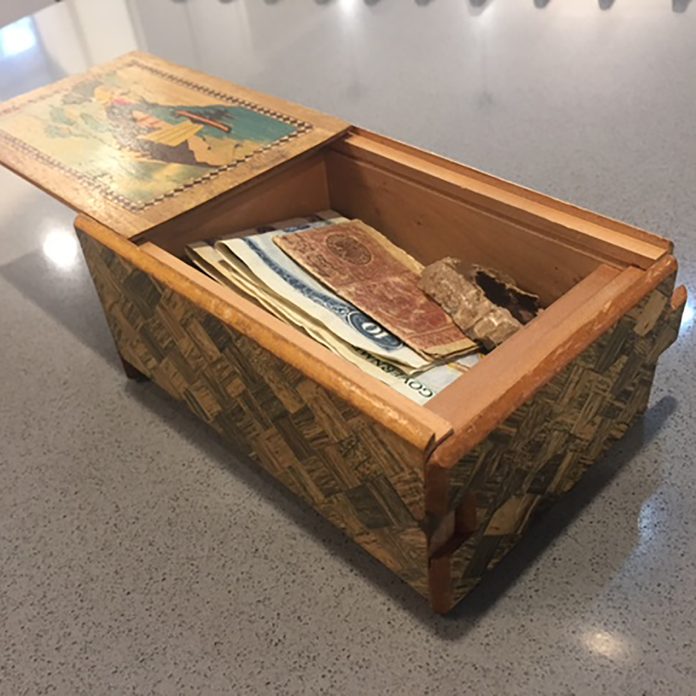 Sometimes people like to hide valuables in a lock box and stash it away for one reason or another. Maybe it’s a bug out bag they forgot. Well, this time it was a Chinese puzzle box hidden in the stud pocket of a utility room. David from Indiana found two Chinese puzzle boxes filled with currency from all over the world. 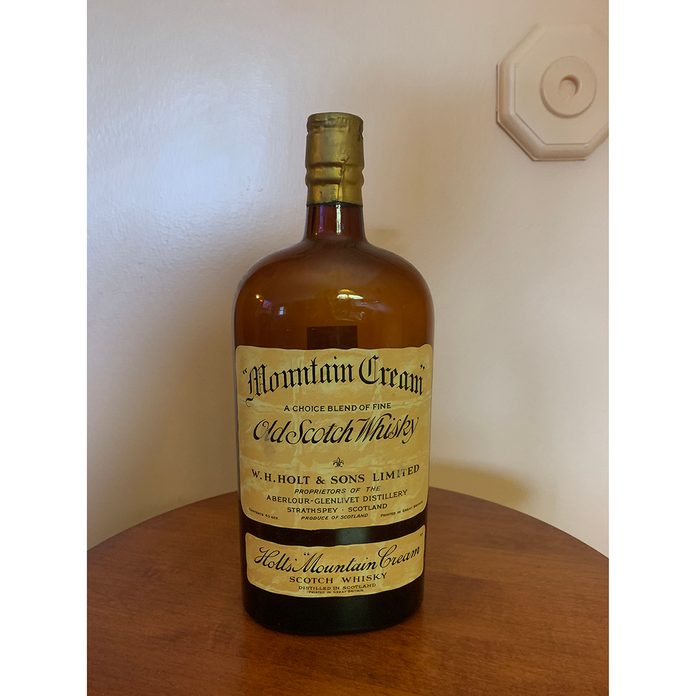 One pleasant surprise to find in your new home would be a bottle of whiskey. Well. one couple found 60 bottles of bootleg whiskey from the 1920s in the walls of their New York home.

The owner of the home, Nick Drummond, and his partner Patrick found the whiskey after opening an exterior wall on their house. They estimated that about one third of the bottles were full. 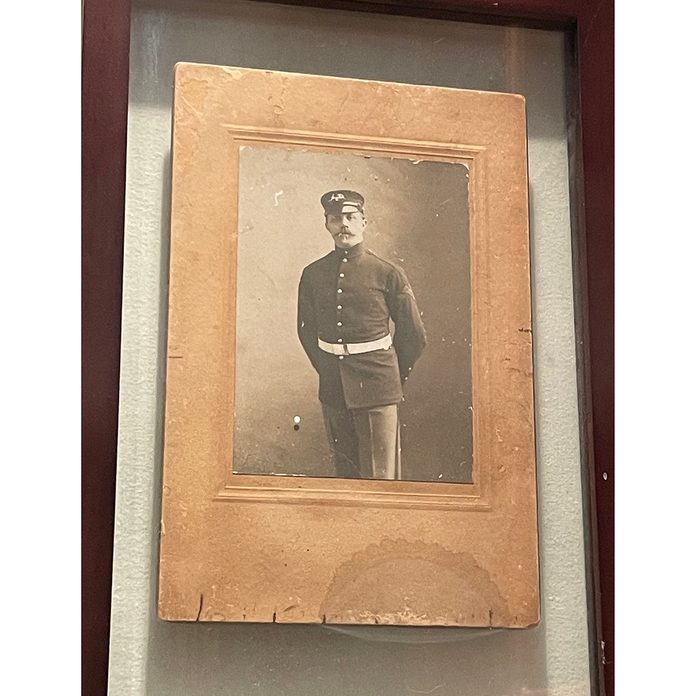 Homes can be like time capsules of the past. Just looking at a home you can examine the history it has and imagine how many generations of people have come and gone. There are also hidden treasures and mementos that are long forgotten. Many times people find old photos of family members from previous owners which is a fun look at the past. 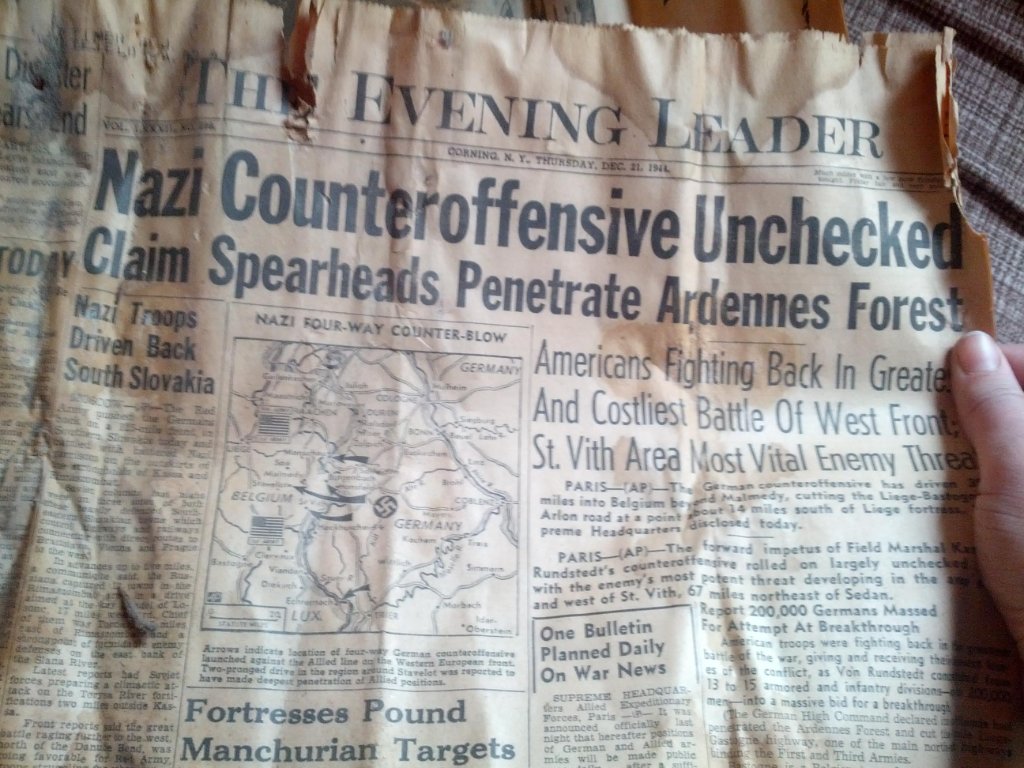 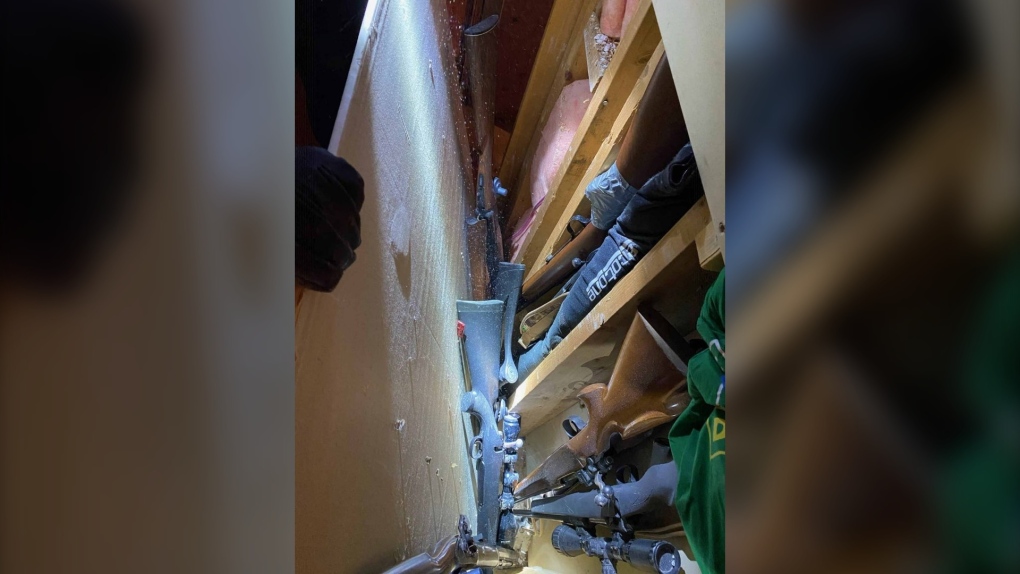 When you want to hide something, hiding them in walls is a popular choice. Mostly because not many people will want to open up a wall to see what is being hidden, it’s too much work. In 2021, the New Brunswick RCMP had a search warrant on a home. During their inspection, they found 17 guns and a large amount of cash hidden inside the home’s drywall. 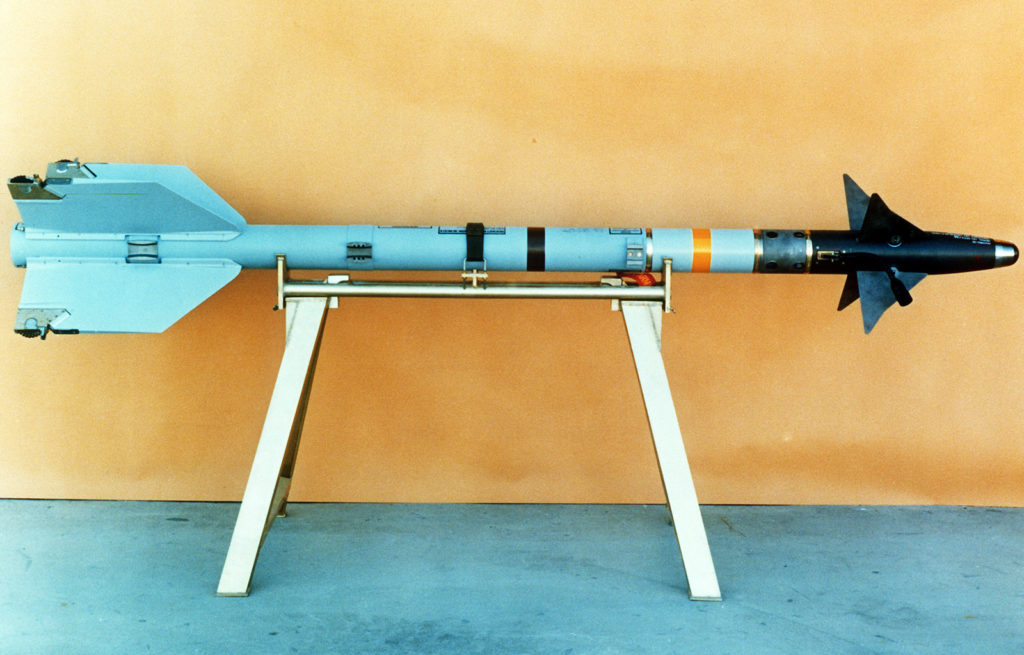 Hiding guns in drywall is one thing. Hiding an armed Korean missile is another. In April 2011, a resident was remodeling their bathroom and was surprised to find just that. The police were immediately contacted and safely detonated the bomb. One of the neighbours told the home owners that the previous owner of their house was a World War 2 veteran with sons that served in the Korean War. They used to bring things back as souvenirs. No one expected a live missile to be one of them though. 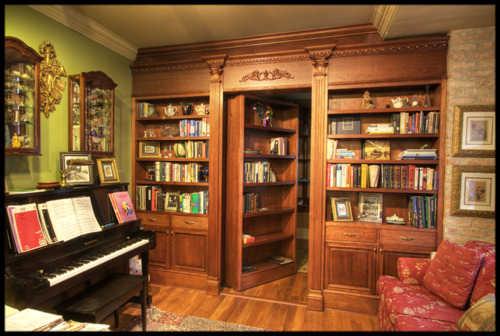 This entry sounds like something out of a movie. Opening up a wall that leads to a secret tunnel. However, this really occurred and in some cases led to lawsuits. The most famous secret room hidden behind drywall was in 2011. The Brown family moved into their new home and found a secret tunnel leading into a hidden room. There they found a note from the previous owner warning them about a toxic black mold that affected their children’s health. Thankfully, the family was able to get their money back and leave the infected home. 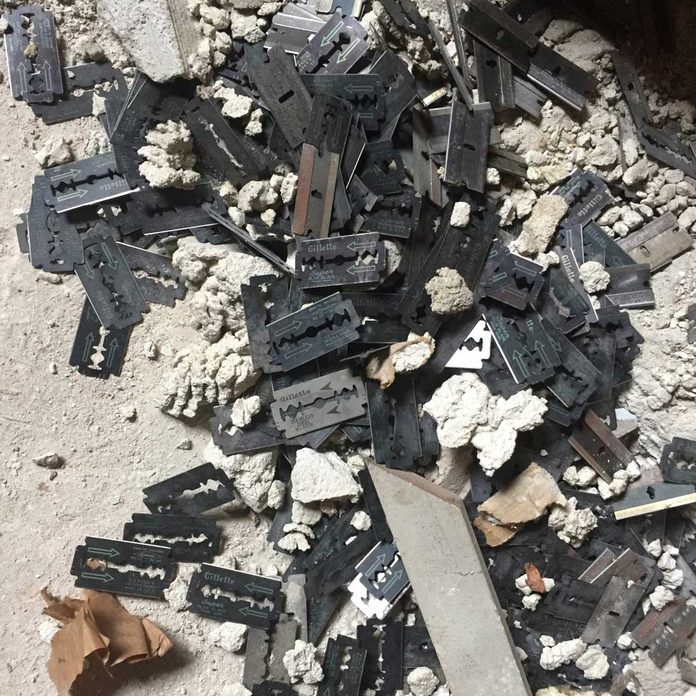 There have been many innovations in razor blade technology. Not too long ago, did we only have single bladed razors. These single bladed razors were made entirely out of metal and the garbage disposal methods in the 1950s were not equipped to handle razor blades. Instead of throwing your blades in the trash, as we do now, people would dispose of them via a medicine cabinet with a slot in it. The slot would lead the discarded blades between the framing studs in the walls. When renovating old homes watch out for razor blades! 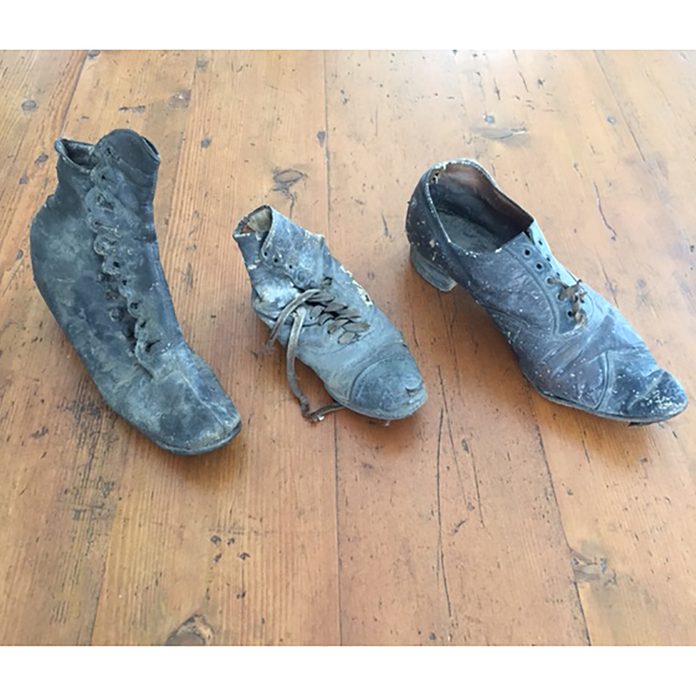 Shoes may be an odd find in drywall considering why would anyone want to hide shoes? However, during the Victorian era people adhered to the custom of hiding shoes in order to ward off evil spirits. However, old shoes aren’t the only superstitious entry we have in our list. 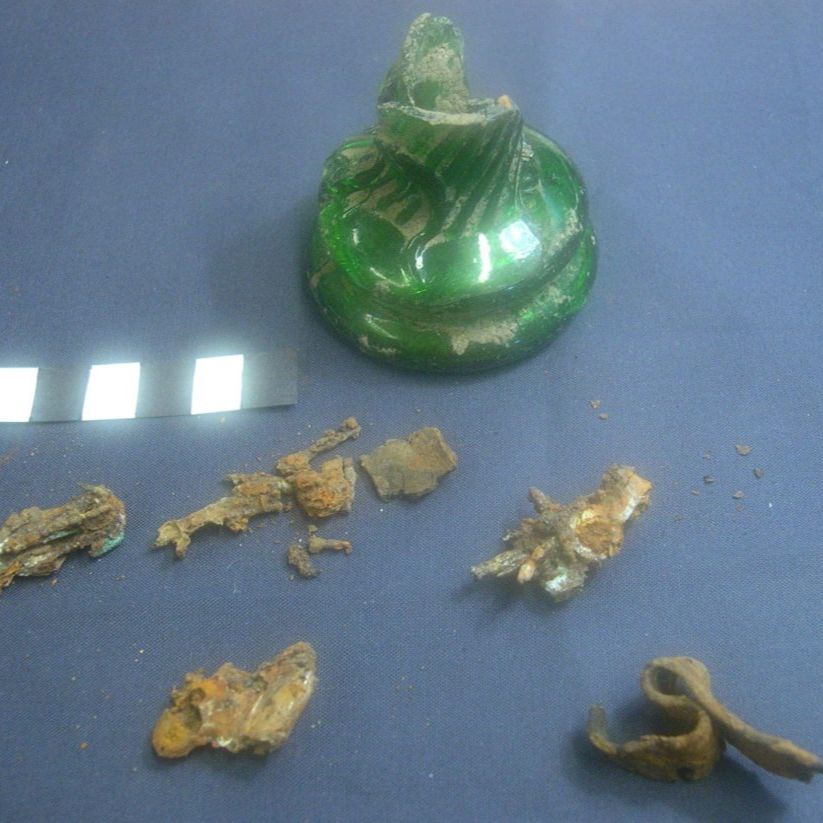 One of the more gross entries in our list are witch’s bottles. It may seem preposterous now but the fear of witches were real and many casualties occured during that time in human history. One of the superstitious acts people did was make their own witch bottles. The bottle’s purpose  was to ward off witches. These bottles were then stored inside your home in between the walls. These bottles contained the person’s urine, fingernail clippings, and hair. Some of these bottles would also have nails, brimstone, and a piece of leather in the shape of a heart attached to it with something pierced through it. 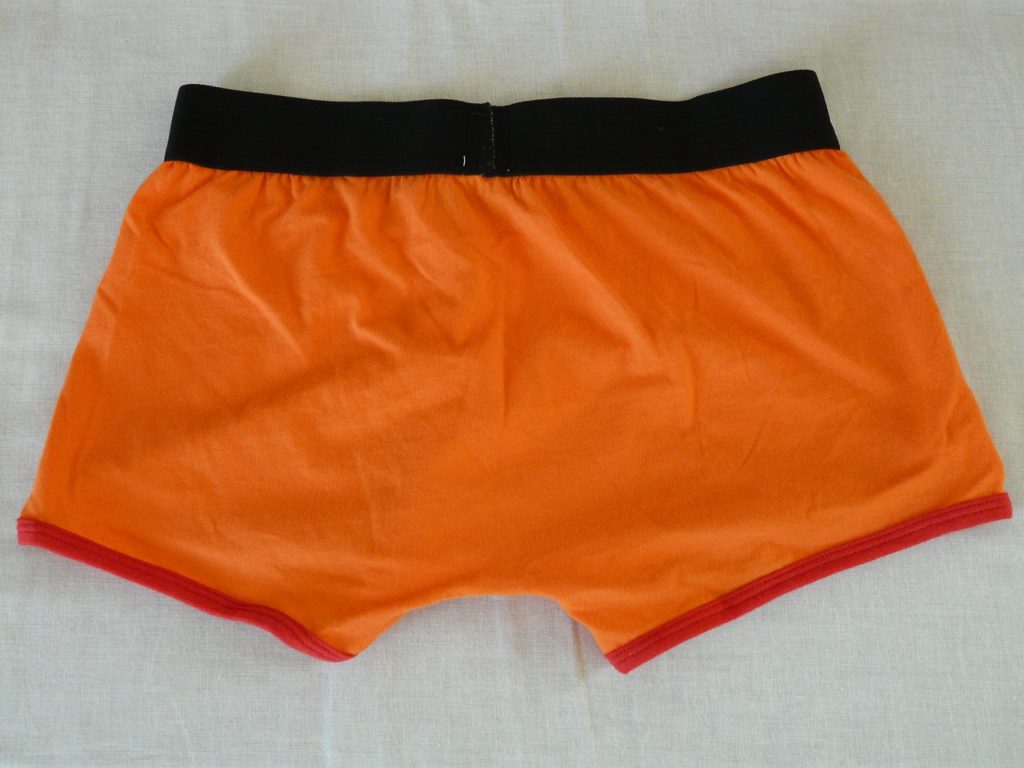 Ending off our list of entries is more light hearted. You never want to find someone else’s underwear in your laundry let alone in the walls of your home. Again, the tradition of finding underwear in your home comes from superstitious beliefs. The practice of hiding garments filled with coins or other materials dates back to the middle ages in relation to protecting the home and the inhabitants inside. 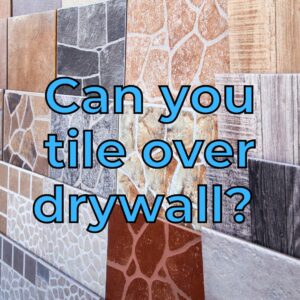 Can you tile over drywall?

Can You Safely Tile Over Drywall? At first glance, the idea of installing tile on drywall isn’t the ideal option because drywall seems too fragile 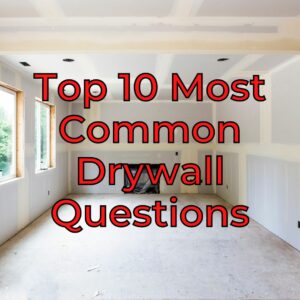 Happy new year. We hope you all have a fun and prosperous 2023. Starting this year, we will be answering the ten most common drywall 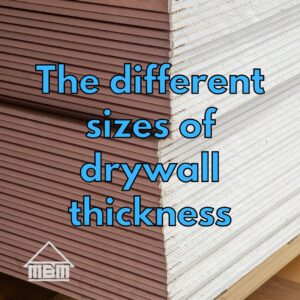 We have looked at the various types of drywall there is to select from when making your purchase. Now let’s look at the different sizes 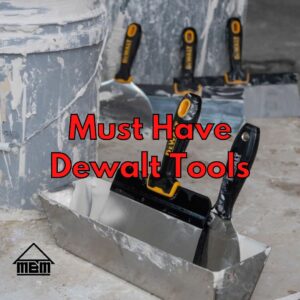 Must Have Dewalt Tools